I’ve been absent from the blog for a couple of weeks now and thought it was about time to return. Sometimes it’s necessary to take a break from the things you enjoy; even if only for a short time! I’ll be sure to run by your blogs – as many as I can – and check out your recent work. Cheers.

I was out in Regina, Saskatchewan working on a photography project and encountered this very old abandoned farmhouse along the way. It is much different than the ones I typically photograph as it is constructed out of large stones as opposed the the more common wooden structures. I was told later by my brother who lives out this way, there is a ghost story attached to the home.

The homeowners’ children (or child – as the story sometimes lists only one) were playing along the rail line. The mother was watching from a window in the home when she saw a train run them over. The husband bricked up the two windows facing that direction so she would never have to look that way again. Apparently, you can sometimes hear children’s voices, a woman crying and an old train whistle. Well, I have to say, the vibe I was getting from this place was rather eerie. The wind was incredibly strong and there were no other sounds – just the wind and a rickety old gate that kept banging against a fence post. Creepy.

I did go inside and there wasn’t much left other than the flooring and walls along with some miscellaneous debris. I looked up the stairs to the second floor and deemed them unsafe to climb (especially as I was alone) so kept to the main floor. There was also a very dark basement passage which I left alone. Again, if someone else was with me, I’d definitely dig around a bit more – but breaking a leg falling through a floor could become a nightmare when you’re by yourself! Interestingly, the sky was rather blue before entering. Upon leaving, when I took the leading image, it started to darken! Hmmm….. 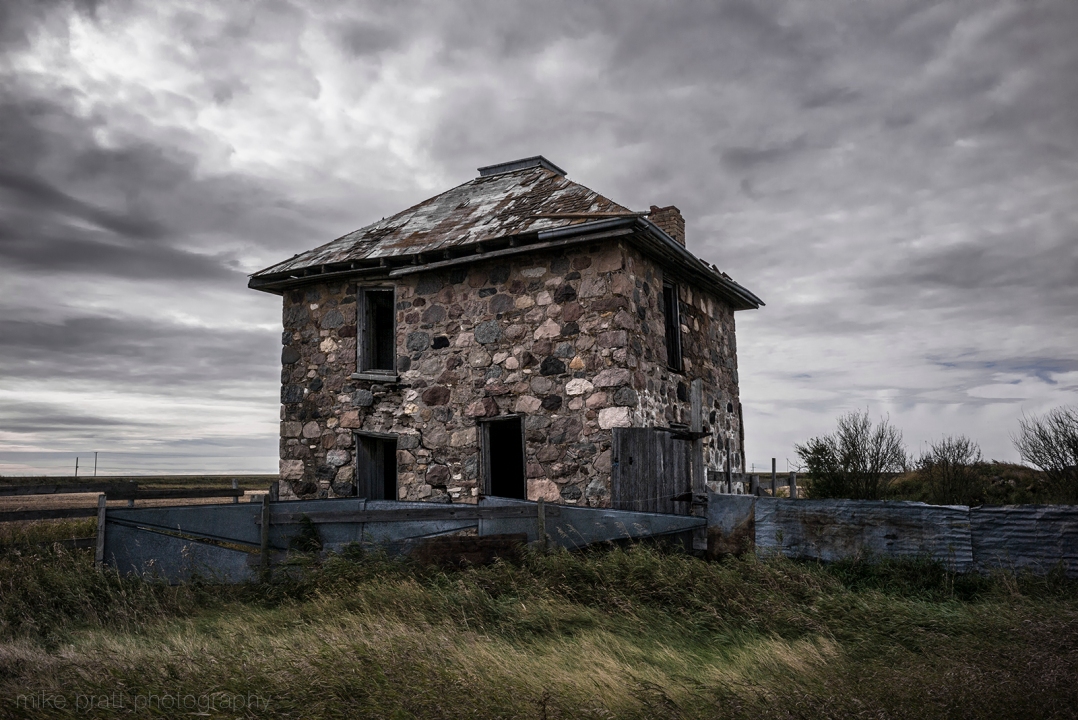 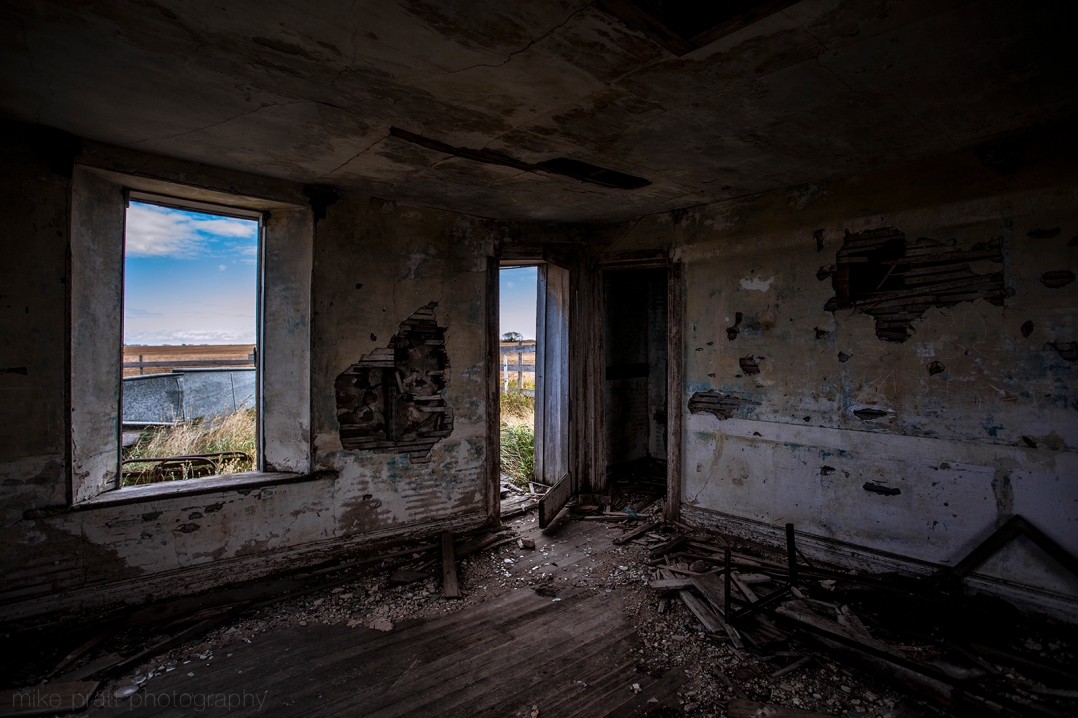