Jerry and Mary; I met them the other day and although several of their stories were sad, I left feeling uplifted by the conversation we had. Having grown up during the terrible residential school years – a part of Canadian history that still needs to be fully resolved in this country, they had many stories of turmoil and hardship. Through it all they continued to hold on to aspects of their culture such as speaking Cree to each other. They tried to teach me a few words such as good night. When I asked if they were married, Mary scoffed and said “Married!? We’re second cousins!”. 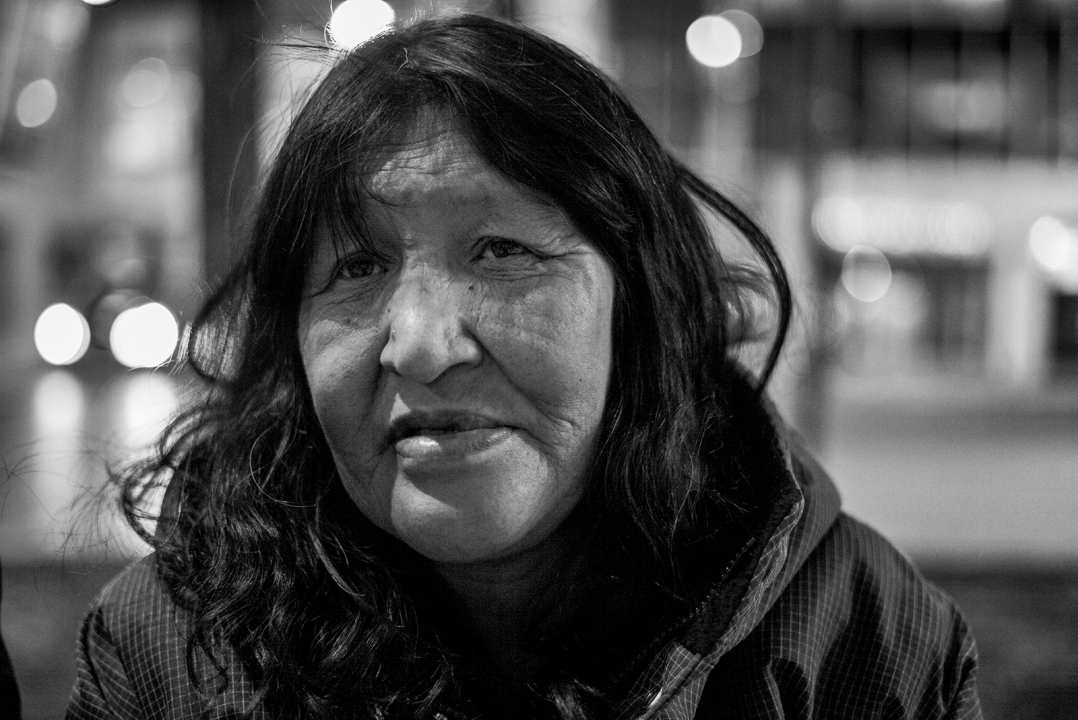 Blackie (though I have met him before and he said his name was Gordon back then!) was the type of encounter where I noticed him coming towards me and I just put the camera up and clicked. He laughed it off although looked at me somewhat curiously. Uncertain if he remembered who I was, I extended my hand, we shook and I told him what my deal was. He didn’t remember, but was cool with me snapping the photo! We soon went our separate ways. 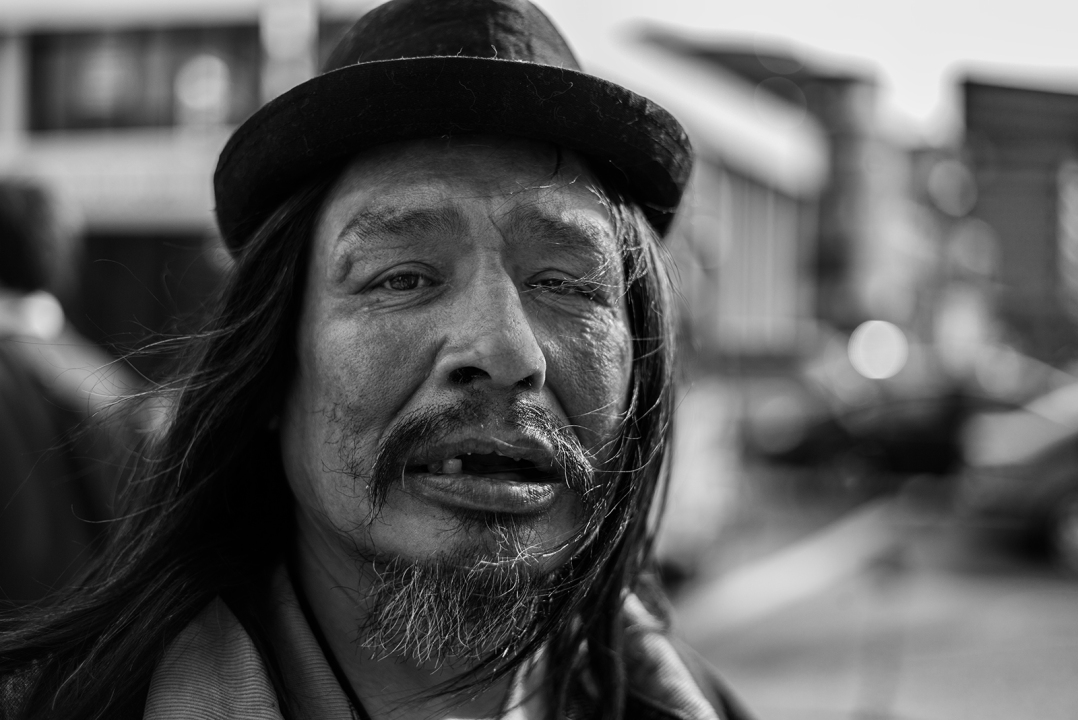