The second day with the camera went well and I managed to get a few decent semi-candid and posed portraits. Although the weather has smartened up a bit, it was still a bit cold, just not as bad as before. I didn’t get too many stories from these subjects which is sometimes the case. For whatever reason, some people just don’t want to reveal too much about themselves, which is understandable. If I were approached by a photographer, I’d probably keep it brief as well!

Image 1: Once again, I should have brought along my notebook to write down names, but I forgot. I thought he had the most awesome outfit and immediately knew I wanted a photo. I’m not sure what I like better, the glasses or hat! I think it is fantastic when people have unique and very creative fashion, especially in a fairly conservative city like Winnipeg.

Image 2: Candid, but I did get his name and a handshake just after taking the photo. Robert is his name and we quickly parted ways after shaking hands.

Image 3: Candid, though we did talk for a few minutes after I took this and two other photos. Jacky said she liked this one the most. She seemed interested with what I was doing and why I took her photo so I opened my phone and showed her my website. She said she knew some of the people I photographed which was cool.

Image 4: Larry was with his wife when I quickly stopped and pointed the camera at him and took the photo. He laughed and said “I remember you!” followed by “you took our picture a couple weeks ago!” which was exactly right. I recalled taking their photo from a distance with the M3.

Have a wonderful Saturday! 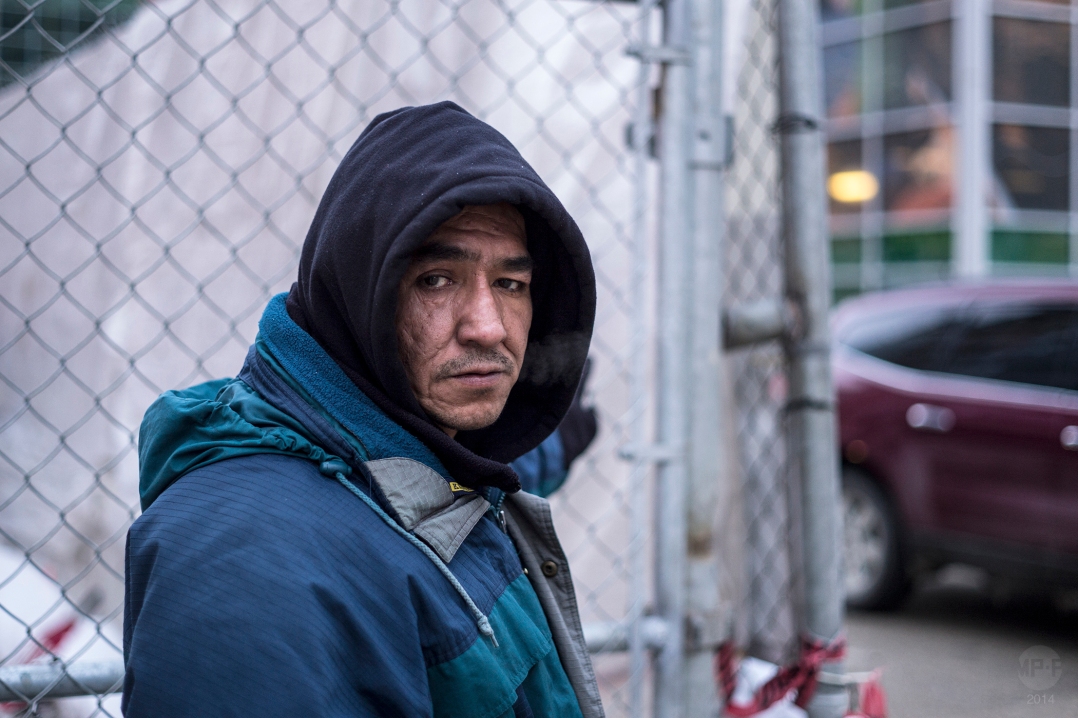